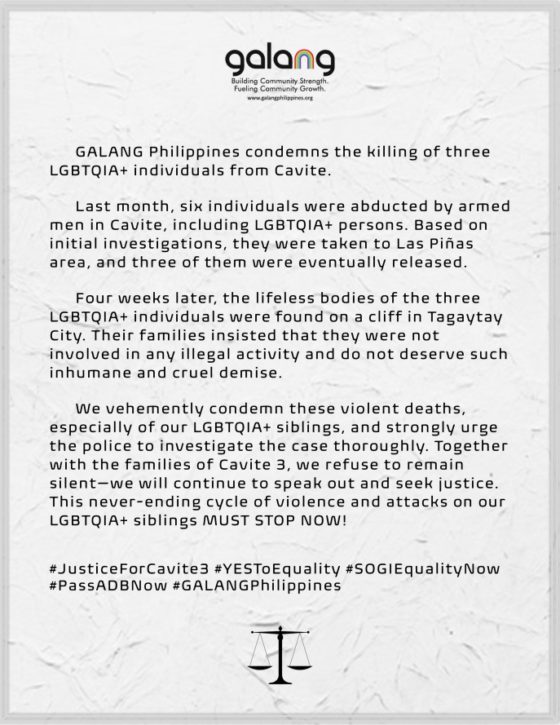 Last month, six individuals were abducted by armed men in Cavite, including LGBTQIA+ persons. Based on initial investigations, they were taken to Las Piñas area, and three of them were eventually released.

Four weeks later, the lifeless bodies of the three LGBTQIA+ individuals were found on a cliff in Tagaytay City. Their families insisted that they were not involved in any illegal activity and do not deserve such inhumane and cruel demise.

We vehemently condemn these violent deaths, especially of our LGBTQIA+ siblings, and strongly urge the police to investigate the case thoroughly. Together with the families of Cavite 3, we refuse to remain silent—we will continue to speak out and seek justice. This never-ending cycle of violence and attacks on our LGBTQIA+ siblings MUST STOP NOW!