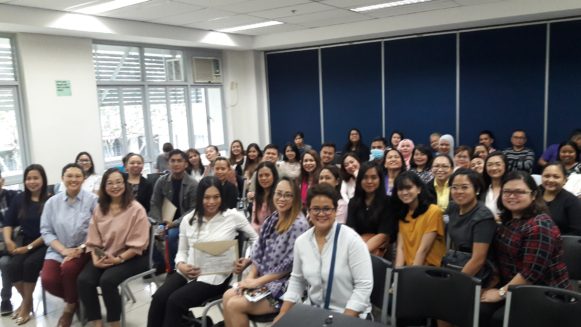 The 5th National Women’s Summit was held last March 4-6, 2020 in celebration of the 25 years of the Beijing Platform for Action. The summit was held at Miriam College, Quezon City wherein parallel sessions tackled issues and challenges faced by women and other vulnerable sectors in the Philippines.

Under the Special Session on Cross Cutting Issues, a session was held with focus on LGBTIQ concerns with GALANG’s Deputy Executive Director Maroz Ramos, GANDA Filipinas’ Naomi Fontanos, and Freedom from Debt Coalition’s Tin Calleja as resource persons and reactors, while UP Center for Women and Gender Studies’ Excelsa Tongson served as the moderator.

The panel discussed the challenges which LGBTIQ individuals face, highlighting that the discrimination, stigma and violence against LGBTIQ people are rooted from the same prejudices which cause gender inequality. The panelists also shared their recommendations in making gender equality efforts inclusive of all women regardless of SOGIE. GALANG’s recently published study, “Making it Work: Lesbian, Bisexual, and Trans Women’s Economic Empowerment in the Philippines,” was used to cite some of these challenges and recommendations.

More information on the status of women, and follow-up on the Beijing Platform for Action will be included in the upcoming shadow report which will be released by the Women and Gender Institute of Miriam College.