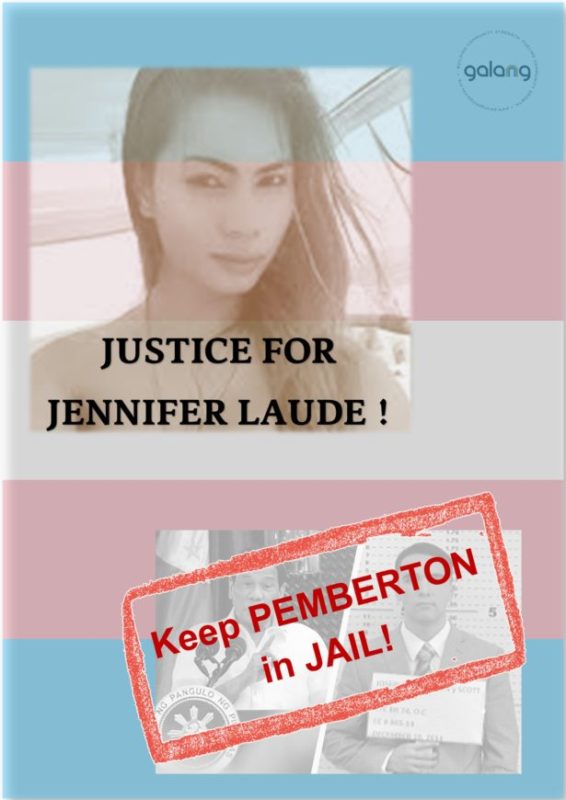 President Duterte’s claim that Pemberton has suffered injustice when he served time in a special holding cell in Camp Aguinaldo for just 5 years and 10 months out of a 10-year jail sentence is unacceptable and ludicrous. Pemberton should have served time in the National Bilibid Prison, and the President could have granted presidential pardon to a Filipino instead of an American.

Such acts done by the President at this time confirm how his government has been using the COVID-19 pandemic as an opportunity to promote and kowtow to foreign interests which have caused profound suffering, indignity, and injustice to the Filipino people.

In spite of earlier pronouncements from Malacañang calling the Olongapo court’s order to release Pemberton earlier as “judicial overreach,” the President’s pardon shows that his so-called support for the LGBTQI community is just mere posturing and exposes the truth about Duterte and his legacy—that as a leader, he is nothing but unjust, misogynistic, and transphobic.

President Duterte’s pardon of Pemberton sends out a loud and clear message that a Filipino trans woman’s life does not matter, that it is open season for discrimination and violence against transgender people, and that American soldiers will continue to get away with murder in Philippine soil.

We urge the entire LGBTQI community and our allies to unite in our opposition against Duterte’s anti-transgender, anti-LGBTQI, anti-women, and anti-people policies. Contrary to propagandists’ claims that Duterte is the president who has done the most for the LGBTQI community, all he has done is to use the LGBTQI community to further his popularity. His government never served our interests nor protected our rights and lives, and today proves that only a murderer can empathize with another murderer.

Society of Transsexual Women of the Philippines (STRAP Kababaihan, Inc.)

Love Is All We Need