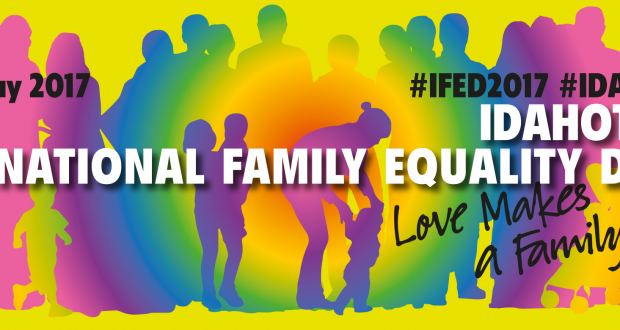 Even though the Philippines was ranked as one of the most gay-friendly countries, Filipino LGBTs continue to witness and experience blatant discrimination based on one’s sexual orientation, gender identity and expression (SOGIE). Jennifer Laude’s violent death was just one of the many forms of disadvantages that the sector faces. The world also witnessed the devastating attack towards LGBTs during the 2016 Orlando nightclub shooting. Lately, reports of anti-gay abductions, torture, and abuse in Chechnya left the Chechen LGBT community extremely vulnerable, even becoming victims of so-called ‘honor killings.’ These extreme forms of violence create fear, stemming from the hatred directed towards anyone who does not fit society’s norms. As times changed, that same fear became the flame that inspired human rights and LGBT advocates to take steps to address these atrocities.

The International Day Against Homophobia and Transphobia (IDAHOT) 2017 highlights the role of families in strengthening the voices of the LGBT community with its theme, “IDAHOT & International Family Equality Day.” In resonance with this theme, GALANG Philippines started working on Family Acceptance and Diversity, a project that encourages acceptance and support from friends and families of members of its partner LBT people’s organizations. Together with fellow LGBT advocates, GALANG acknowledges the role of families in advancing the rights of LBTs, and in improving their well-being. GALANG has also sought the help of families in supporting the passage of the Anti-Discrimination Bill, a bill when passed into law would promote and protect their LBT loved ones from the harmful effects of discrimination.

Just as the IDAHOT continues to be celebrated every year, GALANG will continue to stand in solidarity with its partner LBT people’s organizations, as well as with the Filipino LGBT community to advocate for change and equality, until the world becomes kinder, free from prejudice, and embraces diversity.