On March 17, 2018, GALANG, together with its partner lesbian, bisexual women, and trans men (LBT) people’s organizations (LPOs) and their families, attended a nationwide mobilization for the SOGIE Equality Bill at the People Power Monument in Epifanio Delos Santos Avenue, Quezon City, Metro Manila. Hundreds of LGBT rights advocates, allies, religious groups, and students rallied together to demonstrate their support for the SOGIE Equality Bill, which has been languishing for nearly 20 years now due to staunch opposition from conservative religious groups and non-ally politicians.

To resonate with the rally’s theme, “Fight for LOVE, Fight for EQUALITY,” GALANG Deputy Executive Director Maroz Ramos went onstage and delivered a powerful speech, calling out to certain legislators to stop their delaying tactics, and to not put to waste the passing of the Bill in the House of Representatives.

The rally is part of a nationwide mobilization that happened simultaneously in different parts of the country, specifically in Metro Manila, Cebu, Iloilo, Albay, and General Santos City. 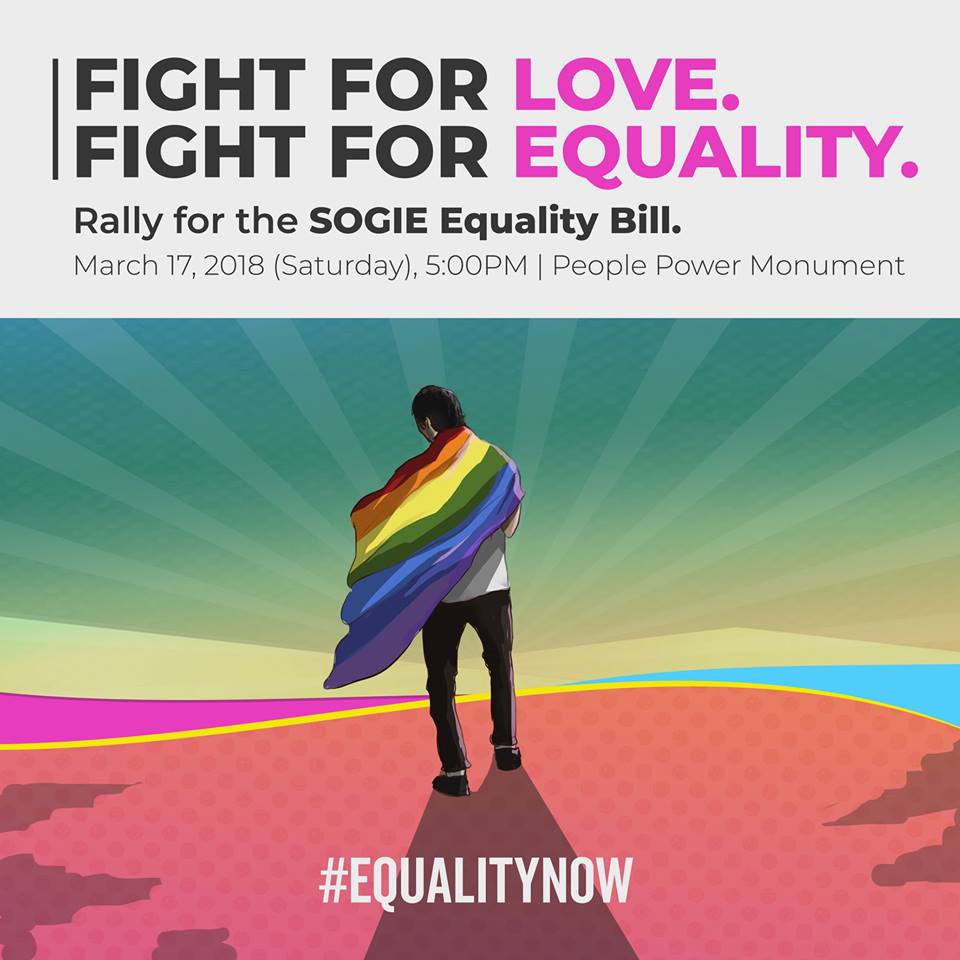