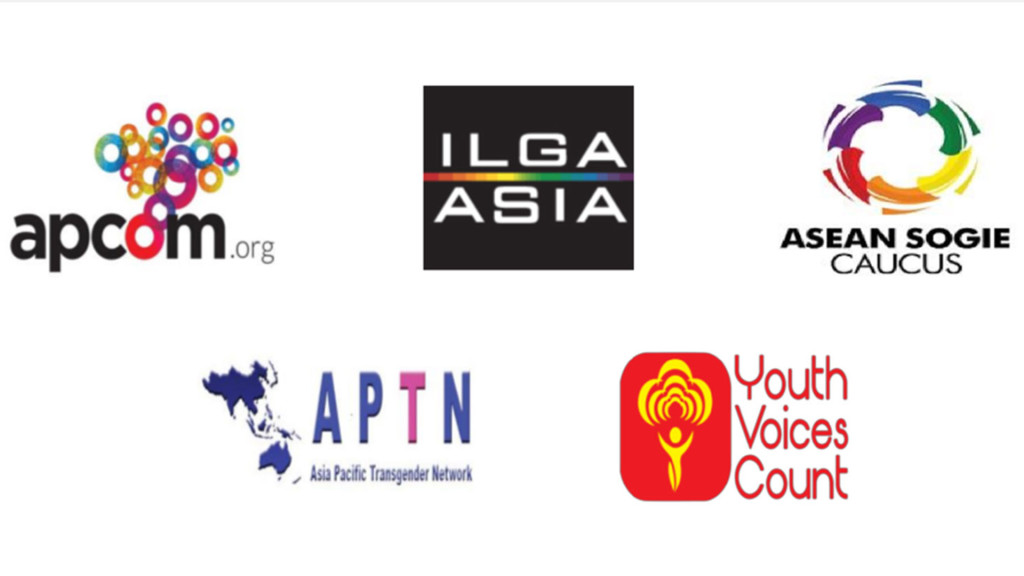 Joint Statement on the Deteriorating Situation of LGBTIQ Rights in Indonesia

We, civil society organizations and human rights defenders, express deep concern about the recent deteriorating situation faced by the Lesbian, Gay, Bisexual, Trans, Intersex, Queer (LGBTIQ) community in Indonesia. We express grave disappointment over the Indonesian government’s lack of political will to put a stop to the wave of discriminatory statements and attacks against LGBTIQ persons, and its failure to ensure their safety and protection. We call on the Indonesian government to respect, protect and promote the human rights of LGBTIQ people.

Since January 2016, a number of government officials have made anti-LGBTIQ statements and undertaken other activities promoting anti-LGBTIQ sentiments. The Research, Technology and Higher Education Minister Muhammad Nasir issued a statement suggesting that homosexual and transgender students should be banned from attending university. The Surabaya police ordered to stop the “#GueBerani Party”, a public event aimed at raising awareness on HIV/AIDS. An Islamic boarding school in Yogyakarta attended by transgender women was raided and forced to close by Indonesian authorities, who cited “security, order, and public comfort issues” as justification. The Indonesian Broadcasting Company released a statement forbidding “effeminate” and “crossdressing” men as well as transgender women from appearing on television. The Ministry of Information and Communication banned stickers and emoji carrying LGBTIQ-themes, and demanded mobile apps and social networking sites to remove such content. Moreover, the Indonesian Parliament is in the process of legislating a ban on public information with LGBTIQ-related content.

Indonesia has a history of discrimination and violence against LGBTIQs, but recent events suggest that the situation is getting worse. The Indonesian government’s failure to condemn anti-LGBTIQ statements has only encouraged anti-LGBTIQ groups like the Front Pembela Islam (FPI) and Ulama Council to continue issuing statements and undertaking other aggressive activities against the already marginalised community. On February 4, FPI reportedly harassed participants at a seminar in Indonesia’s capital Jakarta held to inform LGBTIQs of ways to access justice. With anti-LGBTIQ statements from Indonesian officials on the rise, it is easy for extremist groups to justify their own oppressive actions, including attacks against LGBTIQ people. The absence of a clear government response addressing discrimination and violence against LGBTIQ people is an apparent neglect of Indonesia’s commitment to uphold international and domestic human rights law.

With these issues in mind, we urge the Indonesian government to comply with its obligations under domestic and international law to respect, protect and promote the human rights of LGBTIQ people. Indonesia’s Law Concerning Human Rights (No. 39/1999) states that everyone in the country has the “right to, without any discrimination, the protection of human rights and obligations” (Art. 3.3). The said law obligates government to guarantee protection of persons who face discrimination and violence, and ensure they have access to effective remedies.

The Yogyakarta Principles on the Application of International Human Rights Law in Relation to Sexual Orientation and Gender Identity, developed in Yogyakarta 10 years ago, provide a universal guide to applying international human rights law to abuses experienced by lesbians, gay men, bisexual and transgender people to ensure the universal reach of human rights protections.

In particular, we urge the Indonesian government to undertake the following actions:

Ensure that everyone in Indonesia is equally protected under the law. The Indonesian LGBTIQ community should not be used as a scapegoat to divert attention from other pressing issues in the country.
Refrain from using LGBTIQ issues to paint a picture of civil disturbance. Labelling the LGBTIQ as threats to “security, order, and public comfort” encourages further extremist actions in the interest of perceived Internal Security.
Order all government officials at all levels to refrain from making anti-LGBTIQ statements.
Proactively address cases of violence against LGBTIQ, including by implementing measures to prevent all forms of violence, by investigating and penalizing such actions, and by undertaking necessary reforms in the justice system.
Undertake measures to ensure the protection and safety of all LGBTIQ human rights defenders.

Endorsed By The Following Organizations: