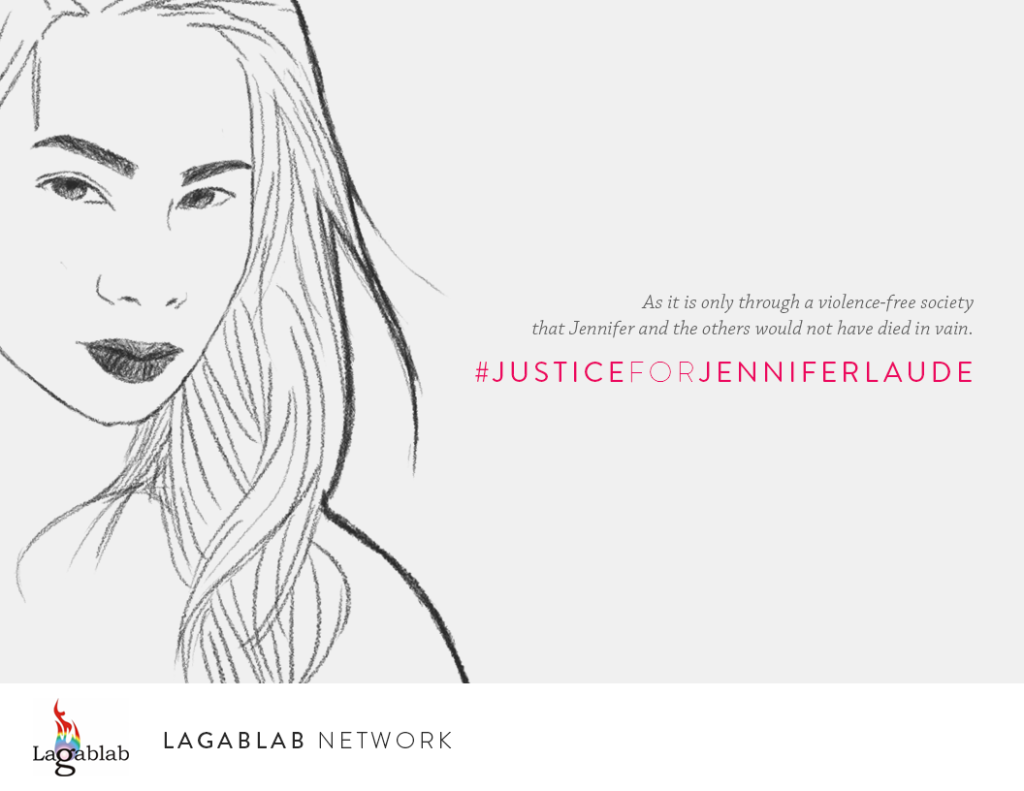 LAGABLAB, a network of LGBT organizations and allies, is disappointed by the decision of the Olongapo Regional Trial Court Branch 74 convicting US Serviceman Joseph Scott Pemberton of the crime of homicide and ruling out cruelty and abuse of superior strength to constitute murder, despite evidence showing how he brutally killed Filipino trans woman, Jennifer Laude last October 11, 2014.

While the decision pins down Pemberton as a killer, it used Pemberton’s “discovery” of Jennifer’s transgender status as a mitigating circumstance that in effect lessened the penalty of such a crime. This may dangerously be a precedent to encourage lesser penalties for hate crimes.

In the light of this development, LAGABLAB asserts that Pemberton serves his jail term in the country as our national prisoner. We call on the Government not to allow any attempts from the US to interfere in our sovereign laws. Let us not allow justice be rendered lame any further.

We also call for legal reforms to protect LGBT people from violence including sensitization of judges and court officials dealing with SOGIE-related violations and hate crimes.

LAGABLAB, as the basis of unity of its member organizations and allies, will continue to lobby for progressive legislations that will protect, guarantee and promote the basic human rights of the LGBT Filipinos. Only through a violence- and discrimination-free society that Jennifer and others who were killed because of their SOGIE would not have died in vain.